Boy oh boy the interwebs were in a panic today about the potential cancellation of Dollhouse thanks to an announcement from Fox that they would not be airing the 13 episode “Epitaph One”(which is the 14th if you count the unaired pilot.) Twitters from actress Felicia Day and @drhorrible were only adding fuel to the fire when Tim Minear’s post cleared everything up.

So it seems, at least for the time being, that Dollhouse still has the potential to be renewed for second season. I have to say that Dollhouse has grown on me, I wasn’t too excited about it after the first episode but several episodes in, I am kinda hooked. I’m not holding my breath about the renewal though given the track record between Joss and Fox.

Click here to catch up on past episodes of Dollhouse from Hulu. 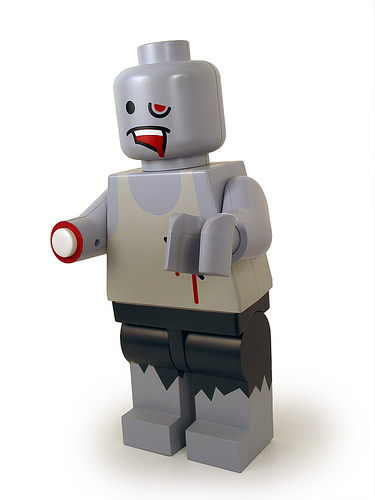 Time magazine says zombies are the new vampires. Well duh. Who wants those pretty boy vamps, especially ones that sparkle. Apparently it all boils down to a zombie’s relatability:

“Sure, he’s an abomination and a crime against all that is good and holy. But he exemplifies some real American values too. He’s plucky and tenacious — you can cut off his limbs and he’ll keep on coming atcha. And he’s humble. ”

You can find the rest of the article here.

Click here to see the most awesome Zombie song EVER by Jonathan Coulton.