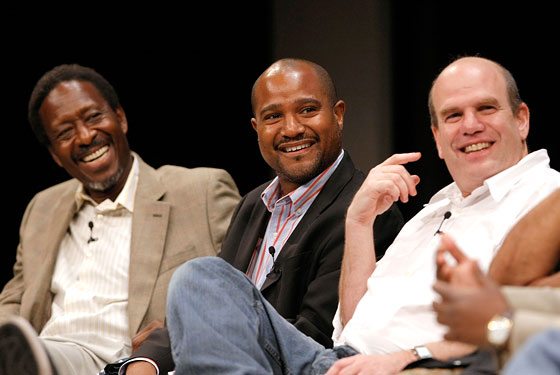 David Simon has begun filming his latest, Treme, which takes place in New Orleans following Katrina. It won’t be picked up until HBO sees the pilot so keep your fingers crossed. He has lined up a stellar group of writers and cast for this project and I am really excited to see the stories they tell. Click here to read more about the series.

On a related note, if you want to listen to a masterpiece of music that truly sums up the emotions in New Orleans following the hurricane, buy Terence Blanchard’s, A Tale of God’s Will(A Requiem for Katrina). I can’t listen to “Funeral Dirge” without thinking back to the haunting images from Spike Lee’s, When the Levees Broke.